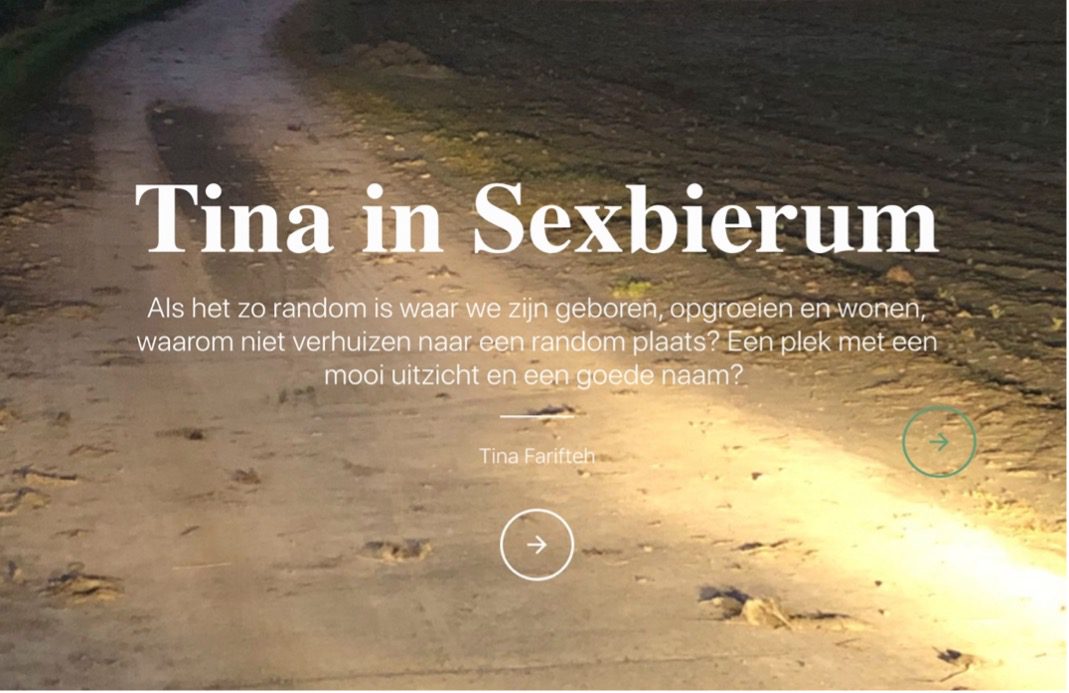 Why move to Sexbierum?
This is the start of a multimedia project by Tina Farifteh, where she actually moved from Amsterdam to Sexbierum to look for….

Follow Tina through this link  while she takes you on her personal journey which will reconnect you with the feelings of belonging, attachtment and displacement.

Tina Farifteh is a Dutch-Iranian artist based in Amsterdam, the Netherlands. She obtained master’s degrees in Economics and a bachelor’s degree in Arts. Thanks to this academic and cultural background, she is used to seeing the world from different angles.
She is a visual researcher whose work lies at the intersection between arts, politics and philosophy. Her interest lies in human nature and the politicization of ‘life’ – particularly, the administration and control of life. She is inspired by the work of philosophers Agamben, Foucault and Arendt. Specifically their concepts of ‘bare life’ and ‘biopolitics’.

In her work, she reflects on the impact of man-made power structures such as nation states and corporations on the lives of ordinary people. Often focusing on people stuck between the ‘natural’ life and the ‘conventional’ life. People not only excluded from the privileges granted by the ruling political and economic systems, but often damaged by these to make the system ‘work’.

Her photographic approach is research-based and conceptual. Often combining images, text and data. The goal is to seduce us to look at topics that we prefer to look away from because of their complexity or discomfort.

This site uses Akismet to reduce spam. Learn how your comment data is processed.